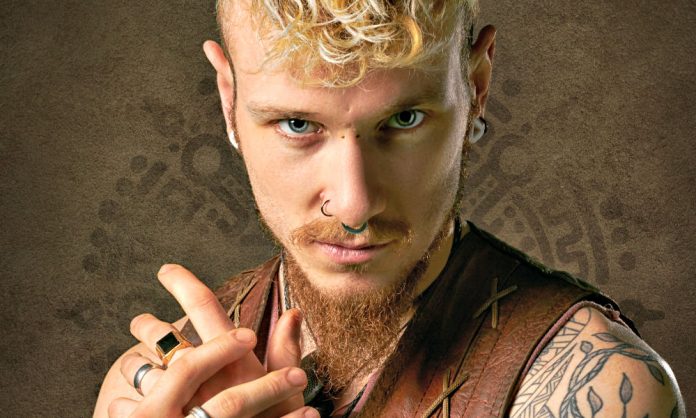 The Van Dyke (sometimes called Van Dyck or Vandyke) beard style gets its name from the 17th century Flemish painter Anthony Van Dyck, who had a pointed chin beard with a mustache that didn’t connect.

This beard style has been extremely popular all thorough history, as famous men like the King Charles I of England and Vladimir Lenin were known of sporting the style.

Funny enough, if you take a look at the picture of Colonel Sanders on the side of a KFC bucket, you can see that he too was fond of the Van Dyke Beard Style.

What is a Van Dyke Beard 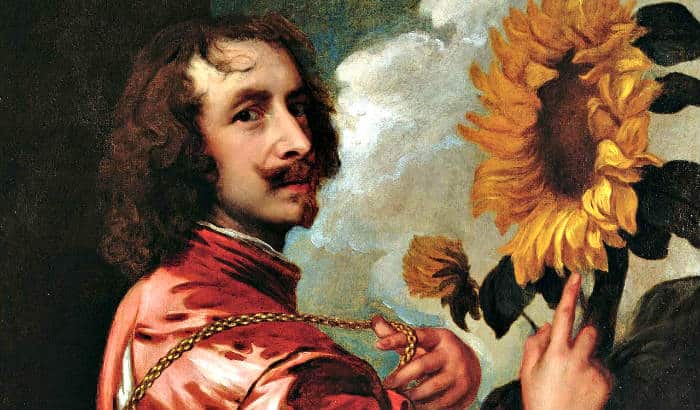 The Van Dyke beard style belongs to the category of goatee beards and it features a short to medium-length pointed chin beard, thick soul patch, and a mustache.

But as the rules state, the mustache and beard will not connect (otherwise it would be just a regular goatee). The rest of the face is clean-shaven.

The Van Dyke beard looks almost identical to the popular anchor beard. The key differences between the two are only the pointy chin of the Van Dyke, whereas the anchor beard has a rounded chin that extends slightly along the jawline

Typically, a Van Dyke beard is kept quite short, around ½ to 2 inches in length.

As for how long does it take to grow a Van Dyke beard, you’re looking at anywhere from one to four months, depending on your goal length, as facial hair grows roughly ½-inch per month. 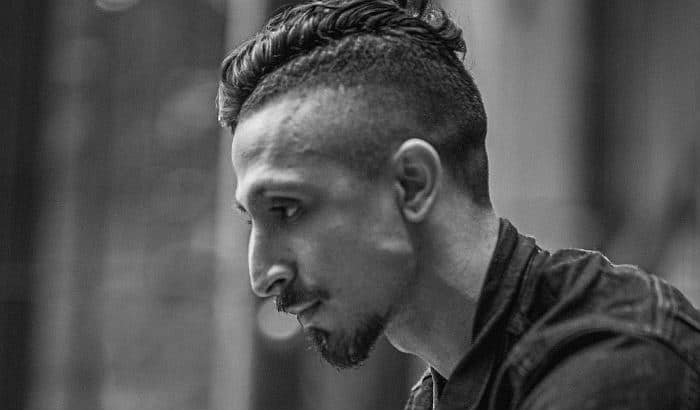 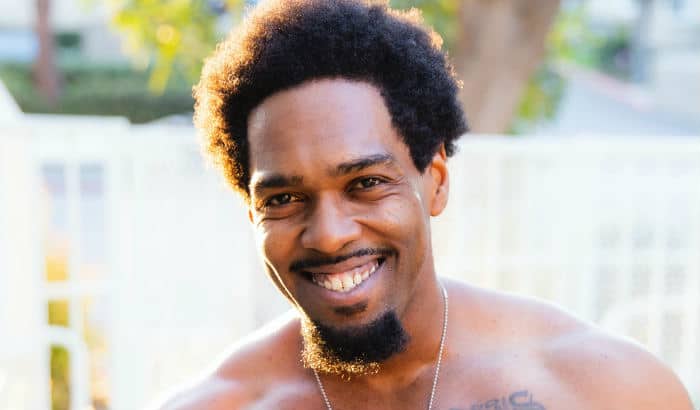 How to Grow and Trim a Van Dyke Beard 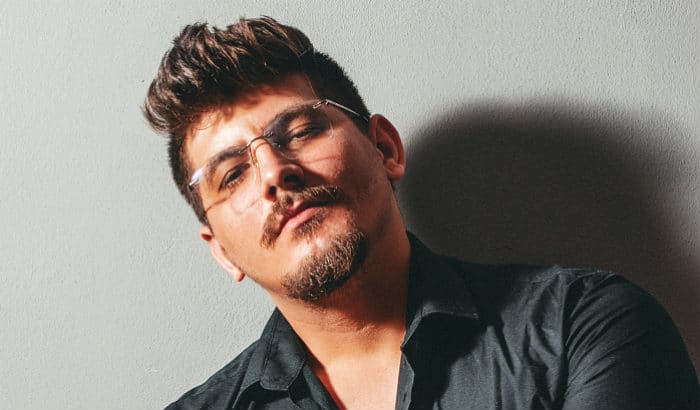 Growing a Van Dyke is easier than most beard styles, as you only need to be able to grow facial hair on the areas which are by far the easiest ones to grow – the chin and the mustache.

Even if you have patchy beard with weak cheek growth, you will still be able to pull off the Van Dyke with ease, as it features clean-shaven cheeks and sideburns.

To grow a Van Dyke, all you need to do is lay down the razor and wait anywhere from two weeks (if you want to grow a short Van Dyke) to four months (if your goal is a long Van Dyke).

Once you feel like you have enough beard hairs to go for the style, you can start the process of actually trimming a Van Dyke Beard.

Here’s a step-by-step guide on how to trim a Van Dyke:

It’s hard to put into words, so here’s a video example by Tony Bruno:

What Face Shape is Best for the Van Dyke Beard

The Van Dyke makes your chin look more pointy and triangular, which is why men with triangle, diamond, and heart shaped faces need to be careful with the style as it can easily add too much emphasis on a chin that is already pointy.

The face shape that best fits a Van Dyke beard would be a round face, as this beard style helps add some length to the small chin and make your face appear more longer rather than rounder.

It can also pair well with square and oval face shapes, but that tends to be the case with almost any beard style.

As a rule of thumb: If you have triangle, diamond, or heart shaped face, keep the Van Dyke beard at short length to avoid adding too much definition to the chin. For men with round face shape, try out a long Van Dyke to add length to your face and reduce its roundness.

How to Maintain a Van Dyke Beard 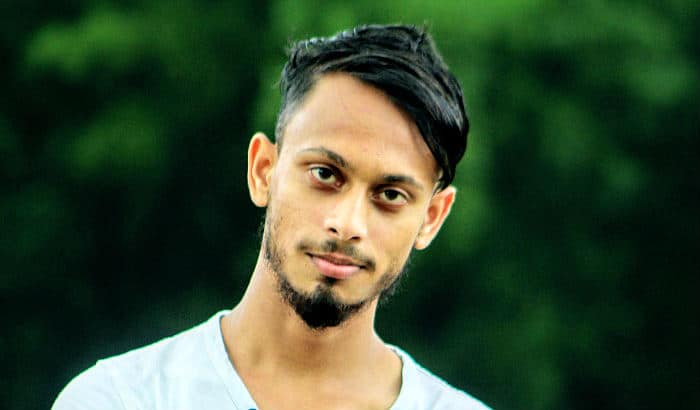 Since the Van Dyke is a short and small beard style, maintaining it is easy and fast.

For moisturizing purposes, just a drop or two of high-quality beard oil is all you need. Even that amount is optional, as the natural sebum oil produced by your sebaceous glands should be enough to provide sufficient moisture.

For styling purposes, you may want to get some beard wax, just to hold everything in place and style the mustache to the sides or curl it up like Van Dyck himself.

Frequently shaving the cheeks and sideburns is obviously a big part of maintaining a Van Dyke beard, as is occasional trimming and shaping of the actual chin beard and the mustache. So owning a good razor and a beard trimmer is recommended.

Is the Van Dyke Beard Attractive? 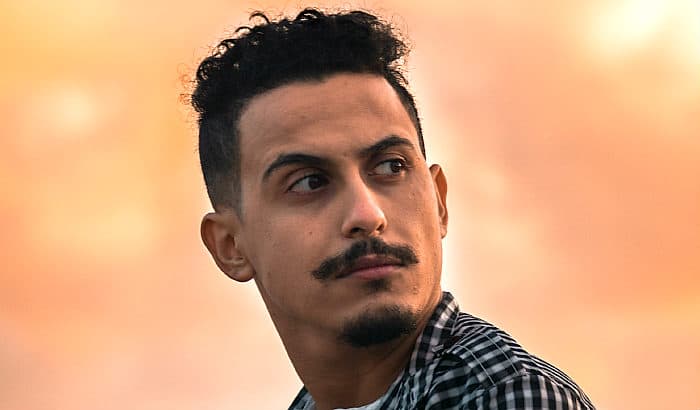 The Van Dyke beard style has a pointy tapering beard growth on the chin, so it’s the most attractive looking on a face that has short height and wide chin (round and square face shapes), as these features balance each other out.

At the same time, a Van Dyke beard can be really unattractive and disproportionate if its grown on a face that already has a tapering pointy chin or tall height (diamond, oblong, and triangle face shapes).

So yes it can be attractive, but it can also be unattractive. It’s all about choosing the right beard for your face shape.

The Van Dyke beard is a small goatee style with mustache that doesn’t connect and a pointy chin growth.

It gets its name from the 17th Century painter, Anthony Van Dyck, who sported a facial hair style exactly similar to what the modern day Van Dyke beard currently looks like.

With its ½ to 2 inch length and minimal required maintenance, the Van Dyke beard is a good choice for men who have weaker cheek growth or if their face shape could use a little boost in height.

The Van Dyke is a good beard style for the square face shape, and among the best beard styles for a round face shape.