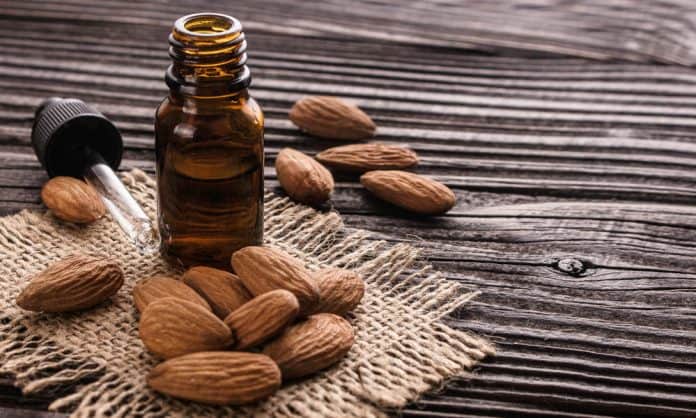 If you take a look at all the beard products you own, you may find almond oil or sweet almond oil (they’re the same thing really) many times in the ingredient lists.

That wouldn’t be surprising – almond oil is after all – one of the most used beard oil ingredients and it certainly has many benefits for your beard health and care.

When using almond oil on the beard you can expect to see things like reduced beard dandruff, lower amount of split-ends in your facial hair, softer beard, and far less beard itchiness.

Almond oil does have its negatives though, as it’s much more prone to oxidation than many other beard carrier oils and it may even have a DHT-blocking effect, which isn’t necessarily the best thing when it comes to beard growth. 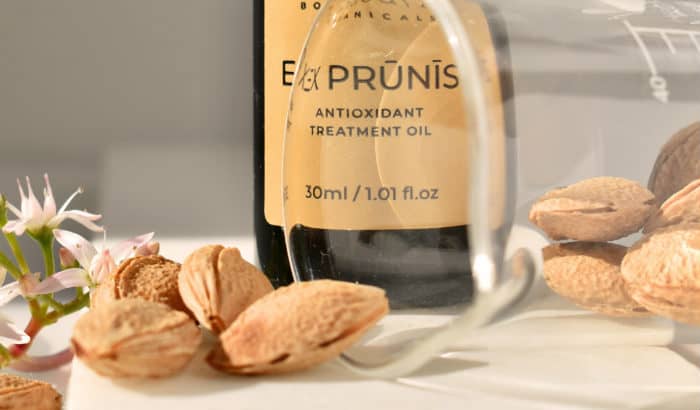 Almond oil (also known as sweet almond oil) is a culinary oil that is also used heavily in cosmetics and beard products.

Unrefined almond oil is typically cold-pressed from raw almond pulp – without the use of heat or chemical agents. Since almond oil is not very heat-stable, it’s important that it’s extracted via cold-pressing to preserve the oil quality and the nutrients in it.

It’s also very light in consistency, quick to absorb, and non-comedogenic, which is one of the main reasons its used so often as a carrier oil in beard oils and other kinds of cosmetics.

When used on the beard, almond oil can help prevent beard dandruff, beard itch, rashes, beard split-ends, and of course, it provides some amazing moisturizing qualities.

On the flip-side, it’s prone to oxidation and should always be diluted into a more stable carrier oil like jojoba oil or coconut oil. 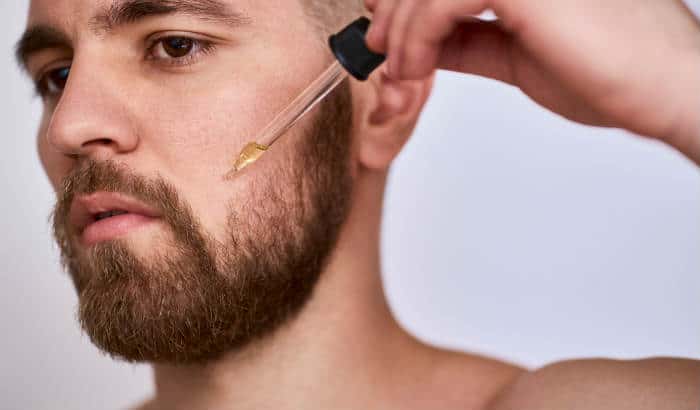 Even though almond oil can help create optimal growth conditions for your beard, it doesn’t directly promote beard growth.

Yes, it’s true that it helps moisturize the beard, contains many important vitamins and minerals, and so on, but that doesn’t mean that using almond oil on your facial hair would result in faster beard growth or gaining any new beard hairs.

You have probably seen many beard oil makers boldly claiming “promotes growth” in their product listings and bottles, but that’s typically what they say for all oils, and it’s just empty words.

So far there has not been a single conclusive study or even any anecdotal reports that would in any way indicate that almond oil could have a beard growth boosting effect.

The only oils at this moment with some evidence on their potential to improve beard growth are still peppermint essential oil and castor oil, but not almond oil.

DHT is a potent hormone that can stimulate facial hair growth, but it may contribute to hair loss at the top of the scalp (if you have the male-pattern baldness gene).

In other words, if something blocks DHT, it likely promotes hair growth on your head, but may negatively impact your beard growth, and vice-versa. Same is partially true for testosterone of which DHT is actually just a more potent form.

Naturally, many men interested in either balding or growing a beard want to know the answer to this burning question:

“Is almond oil a DHT-blocker?”

The answer is that it likely is, but how much of this DHT blocking actually takes place when applied topically is currently unknown.

The reason why almond oil can block DHT has to do with the high amounts of omega-6 linoleic acid found in the oil.

There is ample amounts of scientific evidence suggesting that these types of polyunsaturated fats can lower DHT and testosterone levels when tested on isolated cells in a petri dish and when men consume them orally as part of their diet.

Funny thing is, women who have PCOS and too high testosterone levels because of that, end up growing some facial hair (hirsutism).

It has been studied that they can eat almonds to effectively lower their free-testosterone levels and reduce some of that beard growth.

Now the big question is:

does almond oil in any way block your DHT and testosterone when applied topically to the skin and beard?

Well, like I said above, nobody knows for sure. A lot of guys have been using almond oil in their beard oils for quite some time now – and nobody has reported any beard loss from it – which would indicate that it can’t be that bad for your beard growth when used topically.

Benefits of Almond Oil for Beard 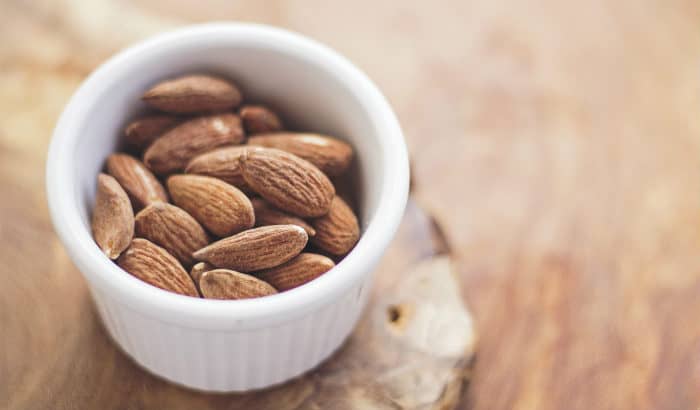 How to Use Almond Oil on Beard 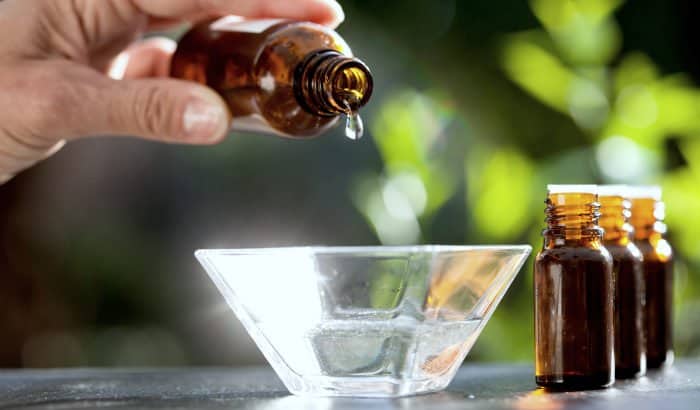 With carrier oils like jojoba oil, argan oil, and castor oil we often recommend that you can just use them as is, straight from the bottle and into your beard.

But when it comes to using almond oil, you actually may not want to use pure almond oil on your facial hair.

This is due to the high amount of polyunsaturated fats in the oil, which are known for being very prone to lipid peroxidation when exposed to oxygen, heat, and light (your beard has all three).

In human language, this means that almond oil easily goes rancid when left alone on the skin.

So the best way to use almond oil on your beard is to first dilute and mix it into another carrier oil which has a better fatty-acid profile and is more stable. Jojoba oil is a great example, as is coconut oil, castor oil, meadowfoam seed oil, and vitamin E oil.

Using almond oil for beard growth and care is a bit of a mixed bag.

On one hand, it has quite an array of beneficial effects on your beard, like its anti-dandruff, anti-itch, and beard moisturizing effects.

But on the other hand, we don’t really know whether it actually hurts beard growth due to its possible DHT-blocker effects and it does go rancid quite easily so you need to always pair it with another carrier oil that has better stability.

So is almond oil good or bad for the beard?

I say it’s OK, not the best carrier oil for beard use, but not the worst either.