Home Beards Hipsters and How they Re-Ignited the Beard Trend 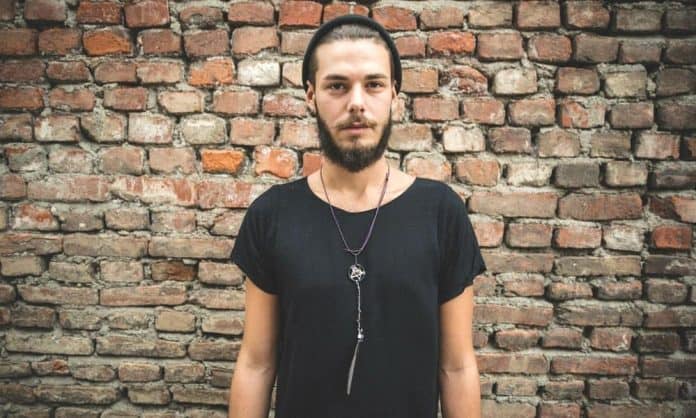 You’re walking the streets and all you can see are dudes in small beanies, man-buns, overalls, big framed glasses, and tattoos. Plus, they all seem to sport big, unkempt beards.

These creatures like to discuss global warming, being “woke”, and seem to have a strange tendency of working part-time as baristas.

When they aren’t eating a $15 avocado toast or sipping craft beer, you can often find these guys shopping for the latest – I mean oldest – used converse shoes or plaid shirts.

If you haven’t guessed it yet. I’m talking about hipsters, and this is the story of how they made beards a thing again.

What is a Hipster Beard and How to Grow it 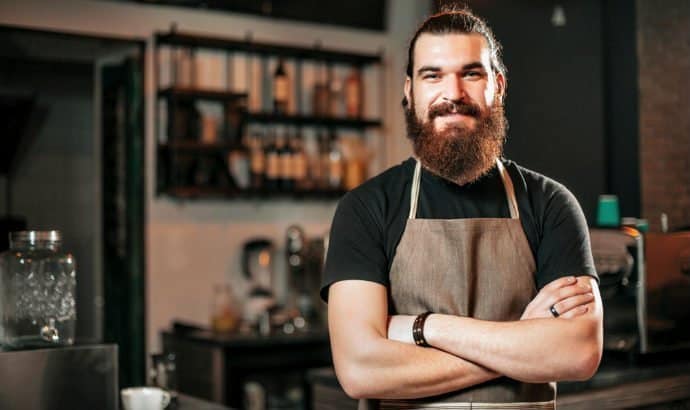 While there isn’t a definitive “hipster beard style”, the type of facial hair most commonly sprouted by the subculture of hipsters has the characteristics of an unkempt Garibaldi.

Meaning that the hipster beard tends to be big, bushy, and usually has an unkempt round bottom part that mostly covers the neck. The mustache area is kept untrimmed, slightly maintained, or has been curled up into a handlebar with some mustache wax.

Most of the time when people say “hipster beard”, in reality they mean just a beard that is worn by a dude who looks like a hipster.

You know, a guy who sports a beanie that is a size too small, wears plaid shirts, bikes everywhere (not a normal bike, an old-school kind with narrow tires), talks about current issues like global warming, being “woke”, and veganism, and well – has an unkempt beard.

If you were looking for a guide on how to grow a hipster style facial hair, I’m sorry but making such a guide is impossible. There isn’t a correct definition for it.

The closest thing I can recommend to you is to follow this previous guide we have about beard styles and look into the section of “Garibaldi”.

Once you master that, start dressing like a hipster and you have the perfect hipster beard.

If you’d rather just have the beard and not look like a dork, I recommend you to just grow the beard and skip the other “hipster” stuff.

How Hipsters Revived the Beard Trend 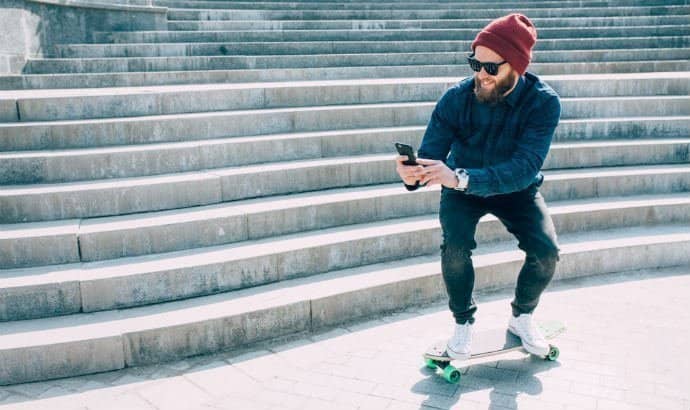 Beards became cool and fashionable somewhere during the Victorian era (in the 1800s).

During those times, the Crimean war was fought and the British army had outlawed facial hair. However, as the war was fought in the cold Crimean peninsula, and shaving the beard was out of the question, many soldiers ended up growing gigantic beards during the war.

When soldiers returned home, they were hailed as heroes and veterans, and women grew fond of the newfound whiskers their husbands were now sporting. This has been marked as the point when facial hair became “acceptable” and is one of the reasons why beards are still linked to masculinity, dominance, and greatness.

In the 90s and early millennium, sporting a beard was severely lacking in popularity. Practically no one was selling beard oil and the idea of specific beard combs and beard brushes was never heard of.

Then came 2008, and the hipster trend started. This can be seen from the Google Trends of “beard”, where there is a massive peak in 2008, which happens to fall right into the biggest hype-year of when being a hipster was still – well, hipster.

Suddenly it was cool, trendy, and special to have a beard. Hundreds of beard oil brands emerged, and today, there are over 1,000 different beard oils sold on Amazon.

So largely thanks to the hipsters, facial hair has become a thing again.

You may have seen the beard-diss articles about how the facial hair would be going out of style again and how beards are supposedly “full of poop bacteria”, but in reality, facial hair keeps trending upwards, and beards are still very much a thing.

(and no, beards are not that dirty).

What seems to limit most men from not growing one, is not that it wouldn’t be stylish or cool anymore, it’s just that not all men are able to grow facial hair. In fact, according to a study by Braun, 77% of the men in New York without a beard, would grow a beard if they could.

If you’re one of the guys that would love a beard but can’t grow one, we have multiple articles that can help you…

The hipster beard is usually just an unkempt “Garibaldi” beard worn by a guy who looks like a hipster (dresses and acts like one).

In conclusion, hipsters are to thank for bringing back the beard as a style icon.

The massive peak and growth in the Google Trend for facial hair precisely coincides with the beginning of the hipster hype.

Even though some beard-envious people are furiously writing articles about how beards are going out of style and how they are supposedly as dirty as toilets, the fact still remains that the interest behind beards keeps growing year after year.