Home Beards Beard Not Growing Under Lip? Here’s the Secret to Fill the Gaps 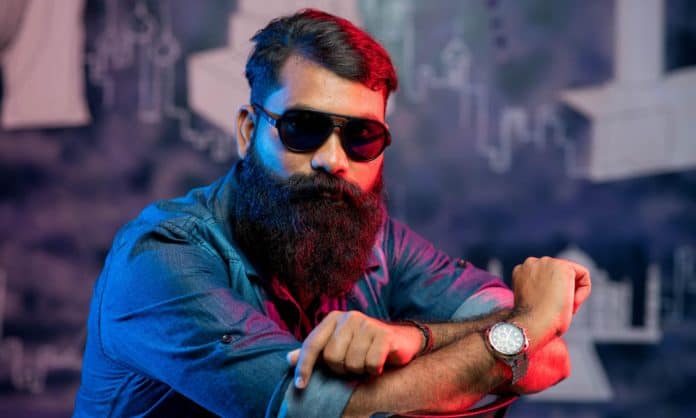 You might be wondering why your beard grows very well on the other areas of your face, but refuses to grow on that small area under the bottom lip.

Sure, you might have that little soul patch line there in the middle, but on both sides of it there is typically two bald patches that remain hairless in majority of bearded men.

Why is this area so hard to grow facial hair into? And how can you finally fill the beard under lip and have a complete full beard? That’s what we are going to take a look at today.

Contents hide
Why is there No Beard Under My Lip?
Can You Even Fill a Beards Lower Lip?
How to Fill Beard Under Lip – a Routine
Conclusion

Why is there No Beard Under My Lip? 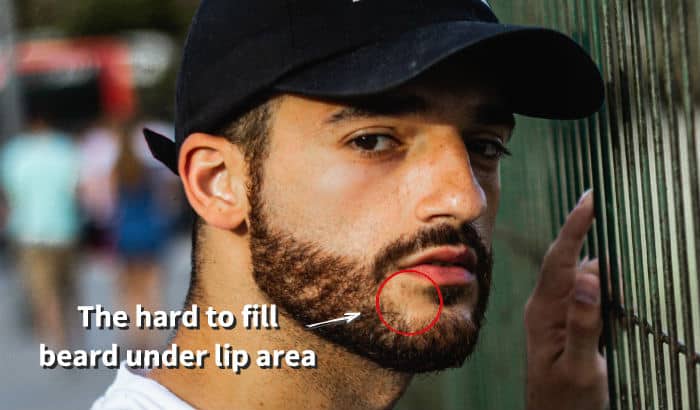 So you have a beard around your cheeks and in your sideburns area, your mustache is full and thick, and the chin hairs are growing very well too, you even have a nice little soul patch in the middle of your chin.

Still, the two bald spots are there, right next to the soul patch on each side. Why?

Nobody seems to know. It’s likely due to your genetics (as some men can completely fill their beards underlip naturally and others won’t), hormone levels, and age, but the full reason as to why there’s no beard under the lip on so many guys remains a mystery.

Some people have theorized that the missing beard underlip might be due to an evolutionary reason and just to make it easier for men to consume food, but that doesn’t really make much sense considering how we still have mustaches and chin hairs.

You might be thinking that there’s no facial hair follicles in the area, and that’s why the beard refuses to grow there, but that’s not the case either.

If you would look at your under lip area with a microscope, you would see hundreds of tiny non-pigmented beard vellus hairs popping out from the follicles. It’s just for some reason that these “peach fuzz” hairs are not maturing to darker thicker beard hairs.

Can You Even Fill a Beards Lower Lip? 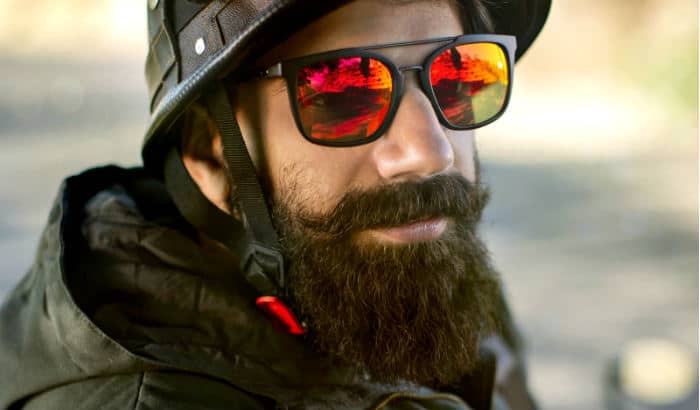 Yes, even if your genetics are against it and you feel like there would be no possible way to fill the area around your mouth, it can still be done if you manage to activate the dormant hair follicles and force them to mature into thick beard hairs.

Well, there’s a routine out there which combines a popular hair-loss activator, a practice called microneedling, and one essential oil to practically “force” your beards underlip to fill out with thicker beard hairs.

And you don’t have to just take my word for it, this routine has been done by thousands of guys already – who have grown beards when they weren’t normally able to grow any – and all of the parts of the routine have been studied by actual researchers for their hair follicle activating effects.

Below I will explain step by step how to do this routine to fill out your beards lower lip, and how it can be used to fill out any weak or patchy area in your facial hair.

How to Fill Beard Under Lip – a Routine

Like I said, you do have facial hair follicles under your lip, even though it seems like no beard is growing there.

All we need to do is to activate the dormant follicles and stimulate the non-pigmented mini beard hairs growing from them so that they can – with long enough time – mature into real beard hairs.

To do this we need three things:

These are the main components used in a “underground” beard growing routine that has been tried and tested by tens of thousands of guys over at the 50,000+ member Minox Beard Spot Facebook group and over at Reddit.

– Once or twice per week, go through the bald patches on your underlip area with a Derma Roller (also known as beard roller) that has a needle length of 0.5 to 0.75mm.

– On the days that you do not use the Beard Roller, massage a small amount of Minoxidil into the bald patches under your lip (1-2ml twice per day is recommended for full beard area, so less than that should suffice easily).

– Mix a batch of 3% peppermint oil and use it as a beard oil whenever your beard gets dry and after using the Derma Roller. To get a 3% dilution, you need to fill a 1 oz. beard oil bottle with a carrier oil (such as jojoba oil) and put in approximately 18 drops of pure peppermint essential oil.

So why exactly is this routine so effective at filling the facial hair area under your bottom lip?

The use of a Derma Roller will puncture tiny micro-tears into the skin surface, reaching the epidermis layer. This prompts the body into a “repair mode” and fresh hormone rich blood is shuttled directly into the area.

As a happy little side effect, collagen production improves, your facial hair follicles get more hormones and nutrients, and stem-cell growth factors are activated.

So far this has only been studied on scalp-hair, with extremely promising results as seen in this image below…

In the next part we talked about using Minoxidil 5% on the areas where you want the beard to grow.

As you might know, Minoxidil is the most popular over-the-counter hair follicle activator, and so far tens of studies have shown that it stimulates hair follicles on top of your scalp.

Little do most people know, minoxidil has also been studied on its ability to grow facial hair, chest hair, and even eyebrows (with significant positive effects on all three)

On top of the actual research results, there are thousands of guys who have used it to grow beards when they weren’t previously able to do so (you can find hundreds of real before-after pictures at the Minox Beard Spot FB group and by now all over the internet as well). 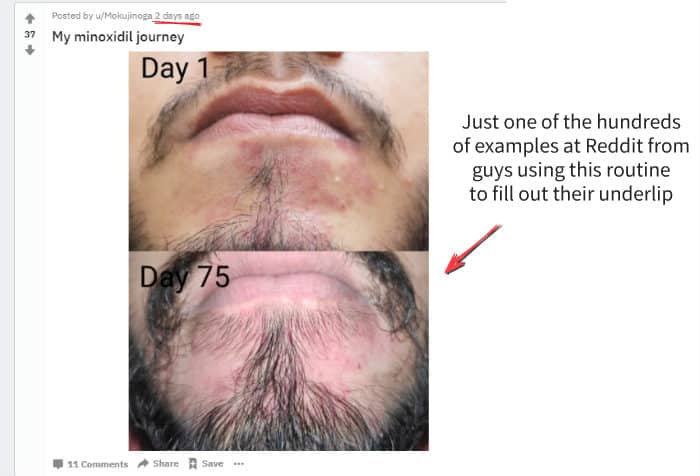 The last thing I mentioned is peppermint essential oil, which is commonly used in conjunction with microneedling and minoxidil in a 3% dilution to further enhance the beard growing effects and to stimulate the circulation.

Peppermint oil has also been studied on its effect in activating dormant hair follicles – not in humans but in mice – and through increasing the levels of growth hormones directly within the follicles it was able to increase hair count, hair thickness, and hair growth speed. 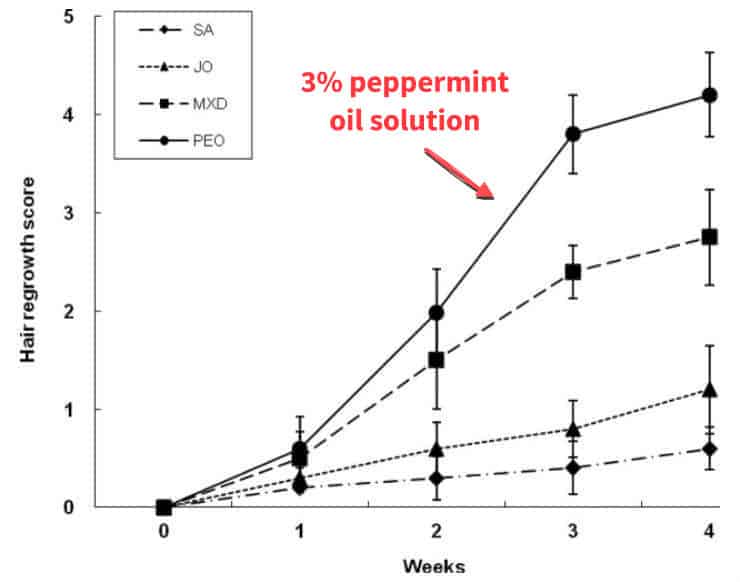 With these three ingredients and following this routine, you should be able to fill your beards underlip within 6-12 months (be patient, the results are not instant, but they will come – this has been tried and tested by thousands of guys).

I know by this point you will have a boat-load of questions about how exactly should you follow the routine, how to use the beard roller, how long to leave the minoxidil on, etc. etc. and this post is not long enough to answer all of that in detail…

Which is why you should familiarize yourself with these more detailed posts:

The reason you are not growing beard under your lip has to do with genetics, age, and multiple other unknown factors.

While it may seem impossible to fill out the lower lip area, it’s not. There are beard follicles in there and it only takes a bit of work to activate the dormant ones to fully mature the non-visible baby hairs spewing from them.

The above mentioned routine of microneedling, minoxidil, and 3% PEO is studied and well-tested by actual people to fill out any bald beard areas – including the hard to grow beard under lip.

What do you think? Have anything to add or questions? Let us know in the comments below.

Biotin for Beard Growth: Does it Really Work or Not? (Facts vs. Myths)

Derma Roller for Beard Growth: Do Beard Rollers Really Work or Not? 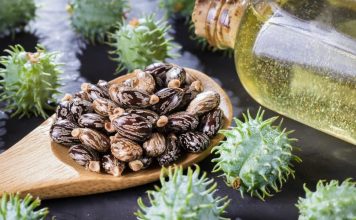