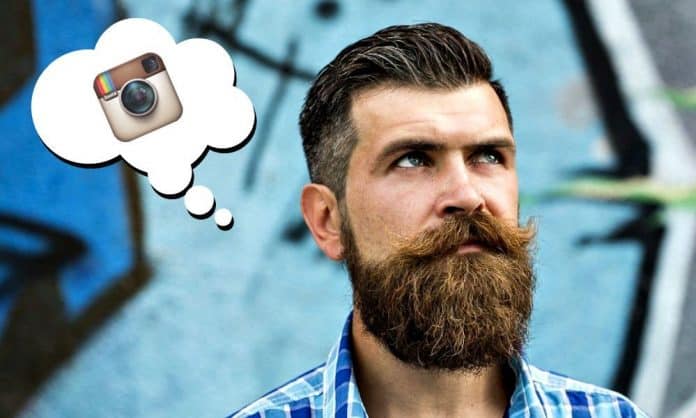 And when it comes to facial hair – The social media giant has a bit of everything.

Today, we decided to scour the World of IG and find the best beards of Instagram, so you can either get inspired or fire up your beard envy to new heights.

Let’s face it, some of these beards are so epic that they can drive a patchy bearded man mad!

Ready to get inspired? Let’s get to it then. ↓

Isaiah Webb has been growing his beard for years. In fact, it’s stated to be over 17″ long.

He became quite an online sensation through his beard art (he literally shapes his beard into anything you can imagine) long before Instagram was even a thing.

But ever since opening his Instagram account with the handle @incredibeard, he has amassed a following of 136,000+ people.

Considering that many Instagram beards have far more followers with far weaker beards that do no beard art at all, we at Beard Resource think that incredibeard would deserve at least a million fans by now.

I've worked to simplify my wardrobe and style. A big part of my new look are these black @nudiejeans that seem to go with everything. When you only have two pairs of #jeans you can feel good about spending a little more on them. What are y'alls favorite #denim brands? #beard #mensfashion #mensstyle #beardbrand 📸 by @trav_white_

Eric Bandholz is a familiar face in the beard community, as he is the founder of one of the largest beard care product retailers on the planet; The Beard Brand.

He has sported many different styles throughout the years, ranging from the BeardStache to a longer beard with a bushy mustache, which some have started calling “The Bandholz”.

While I’m not the biggest fan of their oils and products (they’re bit costly for my preference), I still have to give credit to Bandholz for being one of the original beard icons that have made a lasting impact into the industry.

Write a caption… I’ve got nothing; my tank is empty. Just Lane and I doing what we do best… staring intently into each other’s eyes 😂. Photo by @lanedorsey aka @djlincolnbio 🤘🎸

The male beard and tattoo model Josh Mario John has gained an insane amount of followers thanks largely to his great looking sculpted Viking beard.

If you’re thinking “ah, another vanity model with the IQ smaller than his shoe size”. You’d be gravely mistaken.

The man behind one of Instagram’s most popular beards (@spizoiky) actually has a masters degree in psychology.

Josh Mario John appears to be very humble about his insane success and attributes most of it for being in the right place at the right time. Whatever the case, his beard is one of the best Instagram has to offer.

If anyone can tell you about growing a thick beard, it’s probably Carlos Costa.

This Portuguese beardsman has amassed a solid follower count of 240,000+ and currently resides in Bournemouth, UK.

His dapper style and facial hair definitely earn a place on our list of best Instagram beards.

A post shared by Chris John Millington (@chrisjohnmillington) on Jul 7, 2016 at 1:17pm PDT

Residing in New York, the male model Chris John Millington is one of the more influential Instagram beards around.

He was one of the first ones to popularize the BeardStache style, and transitions his style between a short boxed beard, full beard, and the mustache + stubble combo.

If you’re ever in need of some style or beard inspiration, you can be certain that his handle @chrisjohnmillington will probably have some ideas for you.

When someone steals a cheese curl off my plate.

Jeff Buoncristiano is also a familiar face for most bearded men who have access to the internet.

If anything can be said about his beard, we must say that it’s not only one of the best beards of Instagram, but perhaps of the best in the World, with insanely thick Walrus style mustache that blends perfectly into his full face beard.

K.C Mitchell, aka @that1legmonster has an impressive big beard which in itself is a respectable accomplishment.

But there’s so much more to know about him than just the beard.

For instance, he weighs 240 lbs but deadlifts a staggering 606 lbs. All that is done with a missing left leg, five screws and a ruptured meniscus on the right leg, and with more than 40 surgeries behind him.

The damage was caused by an explosive device that flipped a car he was in while serving as a staff sergeant in Afghanistan nine years ago.

After his injury, he spiraled down to depression and use of narcotics, but eventually overcame his mental issues, started lifting, and can now be called perhaps one of the more motivating beardsmen to ever walk this planet.

As he says himself:

I’ve given access to people to see my struggles and triumphs every day and every month. It started to give people hope and it started to motivate people. What people don’t realize if they motivate me so much more to keep doing what I’m doing. It would be hard to keep doing this if I wasn’t changing peoples lives. If I wasn’t doing something positive.

With a sick beard like that, a crazily inspiring story, and the attitude towards the life he has, it’s no wonder he posts an impressive follower count of 216,000+.

K.C Mitchell is a polar opposite of the social media influencers who have no substance or anything important to offer, and we think he definitely deserves more fans.

•JONES ING• Getting antsy! I can’t wait to get back on the road! It’ll be well worth the wait though!

Because his account does all that, and with style.

Sporting an impressive Garibaldi style beard with some salt & pepper action going on, we think his beard is one of the best that can be found on Instagram.

And a lifestyle that makes millions of men envious around the globe.

Truth be told since I want to keep this website family friendly, it was a hard task to find a safe for work post to embed from his IG account.

But I eventually did, and here you can see him enjoying a nice breakfast.

He sports a thick dark beard that is pretty close to the legendary “ducktail beard”, and with the 26 million followers he currently has, his Instagram presence is impossible to miss.

Life can be weird. We're all floating around in our own little bubbles deciphering which other little bubbles to interact with. While we're battling with what's going on in our own bubbles, we also choose to subject ourselves to the bubbles of others. Sometimes those bubbles will come together to create a bond, but then other times they pop and that person and their bubble disappear and you become estranged. Life is indeed very weird.

Paul Elliott is a self-proclaimed beard hipster. Even his Instagram handle is @hipstagramlul.

He sports, of course, the typical hipster beard style, and his account is full of hipster things.

You know what I’m talking about…

The small beanies, those bikes, the backpacks, occasional overalls, and other funky stuff.

If that’s a thing you’d like to see, go give him a follow. We think he has one of the most impressive facial hairs ever seen on IG and all of the social media.

If so, amazing. If not, please let us know in the comments who we missed, and why they deserve to be on the list.

(We will keep updating the rankings here on a monthly basis).