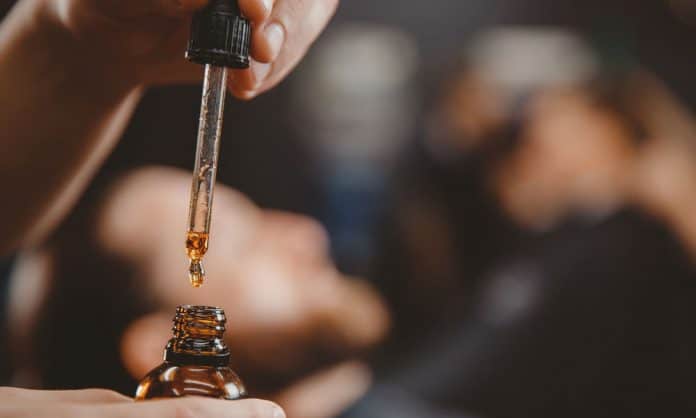 All beard oils, balms, and waxes contain a mix of carrier oils.

Carrier oils are the beard oil ingredients that make up the lion’s share of the bottles contents, so it’s important that you pay attention as to what they are and why they are used.

But how do carrier oils work, and what carrier oil is best for beard health?

The combination of jojoba oil, meadowfoam seed oil, and squalene is what I would call a “perfect mix” of carrier oils to use as base for any beard care product.

But that’s not necessarily the case for everyone. The best carrier oil for your beard is the one that best suits your beard growing goals, skin type, and beard type.

What is a Carrier Oil in Beard Products 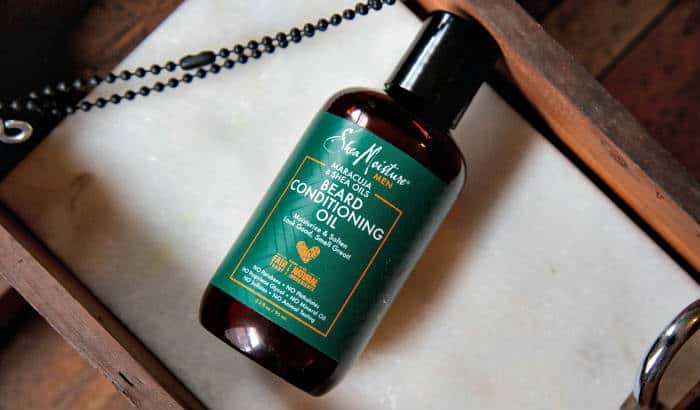 Carrier oils are used to dilute essential oils and “carry” them to your skin and beard.

In other words, carrier oils in beard oils and balms are the base upon which all the other ingredients are diluted into. They are what make the bulk of the beard oil bottles or balm tins contents.

And even though they’re called carriers, they do much more than just serve as a vehicle for other ingredients.

In most cases, the carrier oil itself is the main ingredient that nourishes and moisturizes the skin and beard, and the essential oils diluted into it are only used for their aromatic purposes.

Things to Look for When Choosing a Carrier Oil

As you can expect, not all carrier oils are created equal, and this is something to keep in mind when choosing the base for your own beard oils whether you are making your own DIY beard oil or buying the premade stuff.

Here are the most important features of carrier oils:

Bottom line: The best carrier oils for beard health are those that are light, non-comedogenic, 100% natural, cold-pressed, and come with good moisturization qualities and stability.

Best Carrier Oils for Beard Use 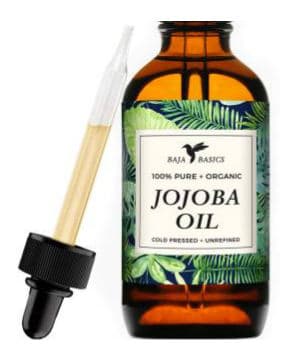 Jojoba oil (pronounced as ho-ho-ba) is cold-pressed from the seeds of the jojoba tree (Simmondsia Chinensis). It’s one of the most commonly used carrier oils in all cosmetics, including beard oils and beard balms.

What makes jojoba oil great for beard use is the fact that its light and emollient, and quickly absorbs to the skin and beard without leaving your face looking oily and greasy.

Jojoba oil is also a great carrier oil because it’s non-comedogenic (doesn’t block your pores) and has barely any scent at all. It’s made up of mostly monounsaturated Eicosenoic acid, which has a great natural stability against oxidation.

The naturally occurring vitamin E also protects the oil from lipid peroxidation (going rancid) and gives great moisturizing benefits to the facial hair and the skin underneath.

The cost of pure organic cold-pressed jojoba oil is also ridiculously low. You can pick up a big bottle of it from Amazon for a fraction of the price it would cost to buy just 1 oz. of premade beard oil.

Bottom line: It’s no wonder why jojoba oil is the most used carrier oil in beard products. The facts above make it easily the best carrier oil to use in beard oils, balms, and waxes. 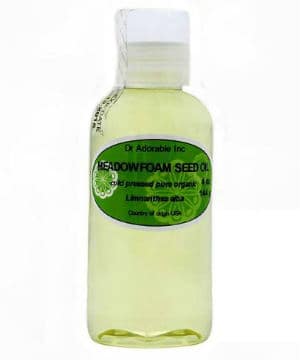 Meadowfoam seed oil is extracted from the seeds of the meadowfoam (Limanthes Alba).

It’s one of the lesser-known carrier oils to use for beard growth and care, which is odd, because it’s widely used in in women’s cosmetics and hair-care products due to its emolliency, lightness, and the soft skin feel it provides.

Like jojoba oil – meadowfoam seed oil also has great stability against oxidation – which means that you don’t have to worry about it ever going rancid on your beard skin, even after prolonged use.

What makes it so stable is the fact that over 98% of its fat content comes from long-chain Eicosenoid acids, which are known for their high oxidative stability index (OSI), a fancy measurement system designed to define the stability of fatty-acids.

Unlike most carrier oils on this list, it can be quite hard to find pure meadowfoam seed oil from most stores. Luckily there are some sellers who have it up on Amazon, such as Dr. Adorable which is where I personally get it from.

You may have seen argan oil listed as a beard oil ingredient before, it’s in fact one of the most commonly used ones, and for a good reason.

The argan oil for beard use is produced primarily in Morocco, where it’s cold-pressed from the nuts of the Argan tree (Argania spinosa). Due to its limited availability and huge demand, some call argan oil the “liquid gold of Morocco”.

Why it’s so good as a carrier oil for beards though?

Well, it’s light and known for its superb moisturizing qualities – two factors that any good beard oil needs to have.

Argan oil is also rich in naturally occurring vitamin E, which nourishes the beard and protects the oil from oxidation.

Although argan oil is not the cheapest carrier oil, it’s still well worth the purchase as you can use it directly on your beard or as the sole base for your DIY beard oils – and of course it’s still far less expensive than buying the premade beard oil mixtures.

You can grab a dropper bottle of high-quality organic Moroccan argan oil from Amazon, this is the brand I have been using myself. 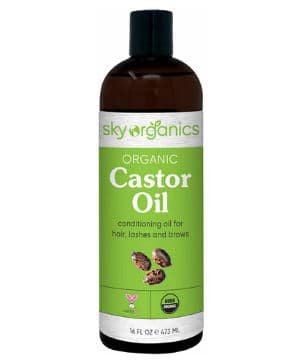 Castor oil is well-known as beard oil carrier oil, and it has made quite a name for itself as a popular oil for thickening the beard hairs.

Although there’s some limited scientific evidence and plenty of positive anecdotes supporting the fact that it might make your beard hairs grow stronger, it’s still lacking conclusive evidence.

Castor oil is extremely thick and has a dark color, which gives the illusion of a thicker beard – and that may be the reason why so many really associate it with also boosting the growth.

But even if it didn’t do anything for facial hair growth, it’s still one of the best carrier oils to use as base in your beard oils and balms. And that’s because the oil pressed from the castor beans is high in beard nourishing ricinoleic acid.

Bottom line: If you ever feel like your beard oils could use some thickness, then consider adding in a bit of castor oil into the carrier oil mix. It’s quite cheap from Amazon – even when its organic. 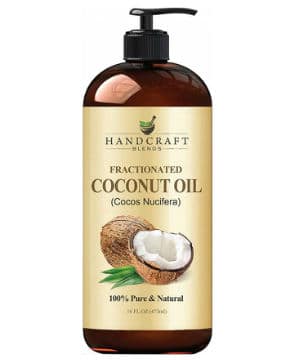 Wait, how can coconut oil be a good beard carrier oil when its solid you ask?

It has a melting point of 78°F (25°C) so it will stay liquid on your skin and beard after application. Magic.

But why is coconut oil so good for beard care?

Due to its demand and modernized production methods, 100% pure fractionated coconut oil is pretty cheap nowadays. I highly recommend that you grab a bottle of it from Amazon if you like making your own beard oils.

Avocado oil is a popular culinary oil, but not many know that it’s also used in cosmetics due to its great moisturizing and skin regenerative properties.

Avocado oil is almost identical to olive oil in its fat contents – and while you can use olive oil on the beard – avocado oil is a tad bit better choice due to its lighter emollient viscosity.

It’s mostly comprised of monounsaturated fats and has relatively good stability even when used as a carrier oil.

As you might already know, avocados are rich in natural vitamins A and E, and since the oil is pressed from the pulp of the avocado fruit, the oil also contains these skin and beard nourishing nutrients.

You can use any kind of avocado oil as a carrier oil, just mix it into all the other carrier oils you’re planning on using and you’re done. For extra convenience, I prefer buying it in a pump bottle like this one from Amazon. 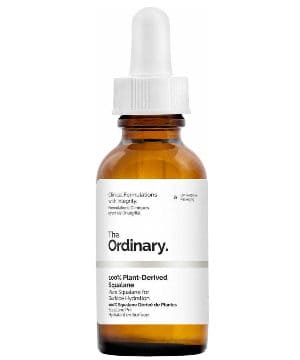 Squalene beard oil is something you don’t see often, and that’s a shame because squalene is identical to the natural sebum oil that your facial hair follicles produce.

Originally squalene was derived from shark liver oil, but nowadays it’s derived primarily from plant sources such as olive oil.

Since it’s identical to the oil naturally produced by your skin, you could think that it has to be pretty good at moisturizing the dry skin underneath your beard – and you would be right.

According to this human study, squalene is excellent at preventing itchiness and redness of the skin, and it also helps lock moisture into it. Because of this, it would be a great addition to any beard care routine for prevention of beard itch and beard dandruff.

Squalene is also extremely light and emollient (almost feels watery), and it works well for men with sensitive skin.

Bottom line: Squalene is a lesser-known beard carrier oil secret that you should incorporate into your beard care routine. So far I’ve only found it as an ingredient in Tame the Wild’s beard oil and as pure plant-derived squalene.

Why Didn’t You Include Sweet Almond Oil, Grapeseed Oil, etc?

While almond oil, grapeseed oil, hemp oil, canola oil, and sunflower seed oils are popular carrier oils in all beard care products, I didn’t include them in our review of the best ones because I truly feel they are not ideal.

Don’t get me wrong, they are still OK to be used as carrier oils, but what makes them perform poorly is their high polyunsaturated fatty acid content.

The more polyunsaturated fats a carrier oil has, the lengthier its carbon-carbon chain will be, which makes it prone to oxidation when exposed to light, heat, and oxygen (your beard has all three).

If you mix a carrier oil base to only include oils high in polyunsaturated fats, then the oil will slowly turn rancid on your face when left there for extended periods of time (especially in warm climates).

Once the carrier oil oxidizes (this is called lipid peroxidation) it will release free radicals that can aggravate the skin and make your beard hairs brittle – not exactly what you would expect from a beard oil.

Carrier oils serve as the base where essential oils and other ingredients are diluted into in beard oils and balms.

That doesn’t mean they would be just carrying the other ingredients into your beard hair and the skin underneath, as carrier oils also give beard products their moisturizing and nourishing qualities.

It’s up to you whether you want to choose a thicker carrier oil like castor oil or coconut oil, or if you want to go with lighter options like jojoba oil or meadowfoam seed oil. Sometimes the best option is to mix different carrier oils until you find a desired blend. 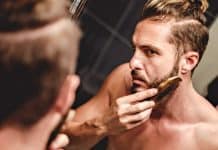 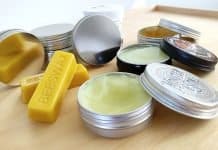 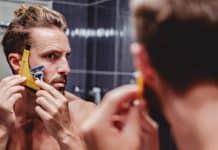