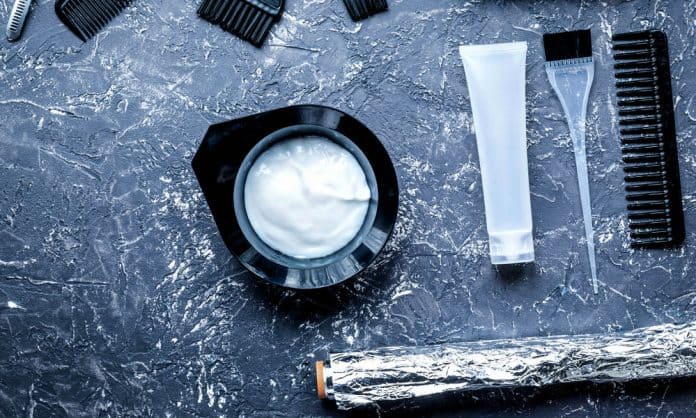 If you have ever grown a beard, chances are that it grew in pretty curly and frizzy. This is a common occurrence for all androgenic hair (beard, chest hair, etc) and especially among African American Males.

When your facial hair curls up, it can look unkempt and sometimes even resembles pubic hair. So it’s not that big of a surprise that many men are looking for methods to flatten and straighten their beards.

There are three main methods of making your beard straight:

So are you ready to find out what are beard relaxers and how they work to straighten out your curly facial hairs?

If so, continue reading below and we will tell you everything you ever needed to know about chemical beard texturizers. ↓

What is Beard Relaxing Cream? 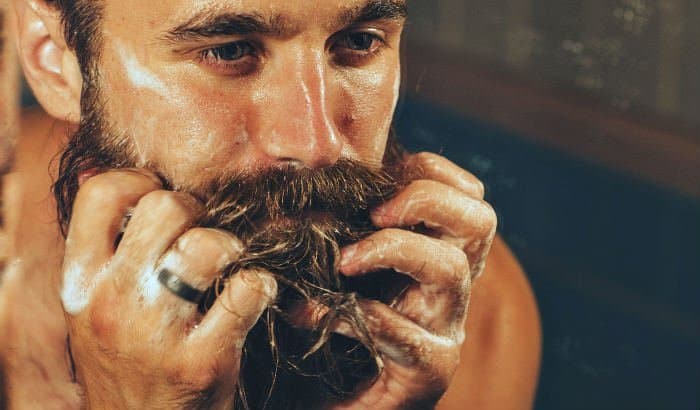 Alkali in human language is the ionic salt of an alkaline metal, which has a pH value of 7 or above.

The alkali used in beard relaxers is either…

If the above chemicals sound familiar, that might be because they’re also used in small amounts on shampoos and soaps. The high pH acts as a detergent that strips away dirt and oils.

In this sense, a real beard relaxer is a unique beard product and completely different from things like beard oil or beard balm (although some manufacturers still randomly add “relaxer” to their oil and balm descriptions).

How Does Beard Relaxer Work? 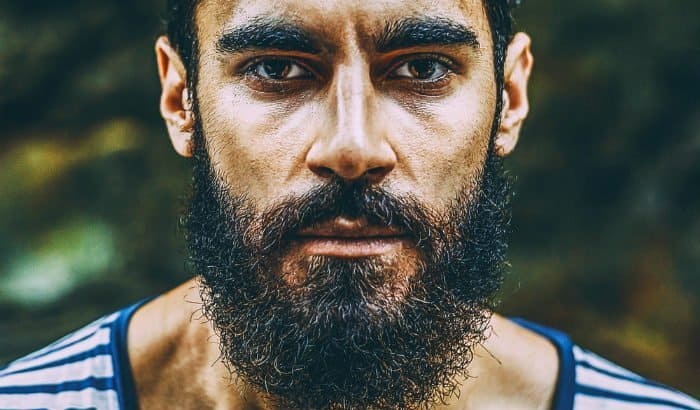 When you have a curly beard, it can be caused by two things…

You can’t really impact the shape of your follicles, but what you can do with beard relaxing creams and texturizers relates to the keratin bonds inside your beard hairs.

“You see, the strong alkali chemicals in the beard relaxer cream break down the keratin that coils up the facial hair.”

This effectively relaxes and straightens your beard, but as you can expect already expect, there are some major cons with using them.

Does Beard Texturizer Damage the Beard? 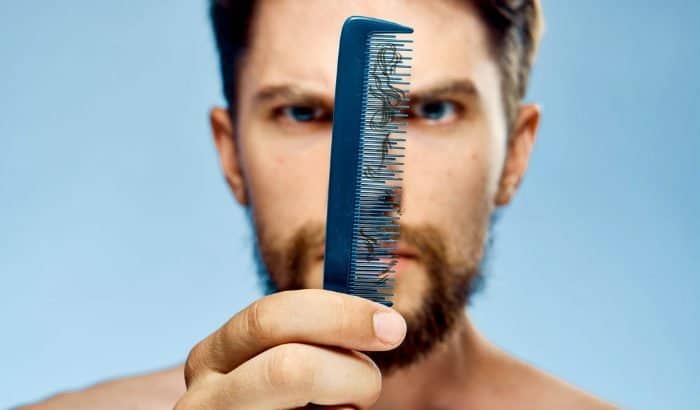 Yes. Using a beard relaxing cream will result in some beard damage like increased facial hair shedding and beard split-ends.

Most people know that using heated beard tools like straightening iron or electric brushes will cause some damage to facial hair.

Even the less effective methods of straightening the beard like blow-drying it, are associated with some possible damage.

But beard relaxing cream is in a league of its own and has the possibility of inflicting much more harm to your beard hairs than heated brushes or blow-drying ever could.

This is because of the strong chemicals used in the beard texturizers, which annihilate the beard hairs from the inside and break down the natural keratin bonds that are responsible for curling the facial hair in the first place.

To put it simply; beard relaxing creams don’t gently guide your beard hairs to flatten up, they beat them into submission and suck the life force out of them from the inside.

This results in a very straight beard, but also an unresponsive and flat beard, which is something you don’t get with other straightening methods like heat tools or blow-drying.

Here’s a great explanation from one guy on Reddit who decided to straighten up his beard with mild lye-free relaxing cream:

“The first thing I noticed was my facial hair was completely flat. I mean it literally looked like someone had taken a clothes iron and pressed it against my face. My whole beard was flat against my skin and if I combed through it the hair would literally fall right back down. It completely killed the hair’s rigidness (both good and bad since all hair needs to have some level of rigidness)”

Imagine what happens when you use the common beard relaxers with a high amount of lye in them (nothing pretty, I can guarantee you that).

These are not just opinions and personal anecdotes either, there is also some scientific studies which have confirmed that the hair that has been treated with chemical relaxers, will lose some of the amino acids from its structure.

Here’s one example of such study, where amino-acid measurements were taken from relaxed hair. The researchers noted things like reduced cysteine levels, which is associated with frail and damaged hair.

And here’s another one, which found that up to 95% of the subjects who used hair relaxing products, had adverse effects like split-ends, dandruff, frizzy hair, etc.

[su_quote cite=” Dr. W. Morrow” url=”https://www.kpbs.org/news/2016/jan/26/black-hair-care-pioneer-willie-morrow-subject-muse/”]Black women that relax their hair straight from the age of 20 to 40 will lose 50% of their hair strands, the result of long term chemical use is that the follicle will not produce new hair, causing premature baldness, and having to turn to the use of wigs, weaves and braiding.[/su_quote]

Yet, how unlikely would it be that the facial hair texturizers that use the exact same ingredients – and are applied to hair that grows out of a similar type of follicles – would somehow result in a different reaction?

For this reason, we do not recommend beard relaxing products. You want to pamper and nourish your facial hair, not destroy it from the inside with harsh chemicals.

But they are also going to damage the beard hairs thanks to the strong chemicals like sodium hydroxide and potassium hydroxide, which will destroy some of the natural keratin bonds that hold and coil up your beard fibers.

Bottom line: Chemical beard relaxer is a lotion that contains lye or other types of alkali as the active ingredient. It straightens up beard curls by breaking down the keratin-bonds inside your facial hair, but this will also result in a flat and unresponsive beard that just feels dead. 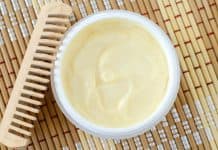 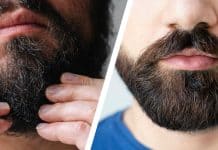 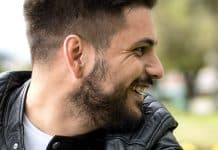