Home Beards Beard Envy: What is it and How to Crush it (for Good) 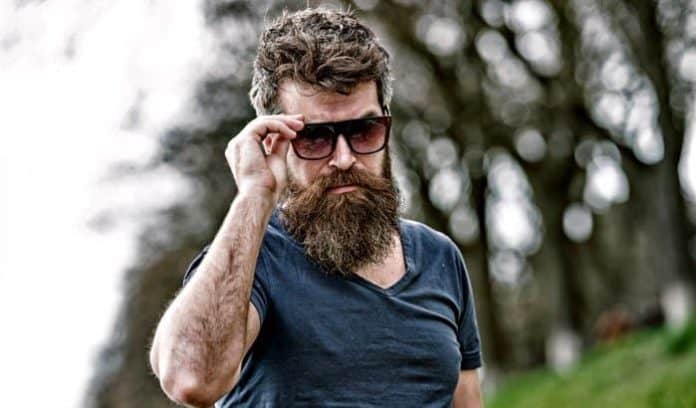 Beard envy is a not so often talked about men’s mental health issue. It may not seem like much, but if it hits you hard, it can become a real drag and even lead to depression.

Yes, seriously. Men need to open up about the topic of beard envy and beardsmen in particular need to chill down with their toxicity towards those who haven’t got a beard or can’t grow one.

I’m talking about guys like this, who have to wear the cocky and ridiculous “there’s a name for men without beards; women” T-shirts like they would be the shit around town.

(seriously, if your only bragging rights are about being able to grow a beard, you need to rethink your priorities).

What is Beard Envy 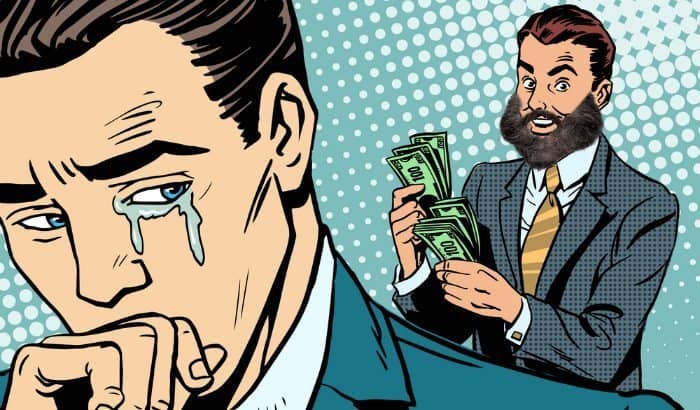 No, I’m not talking about that Billy Jealousy Beard Envy shampoo.

(to be fair, it’s not even that good of shampoo, there are much better beard shampoos out there).

I’m talking about the real beard envy. The emotion. The actual meaning of that word.

So what exactly does it mean if you suffer from beard envy then?

In short, beard envy means that you are jealous of someone else’s beard.

Someone you know or just saw had a gigantic, thick, long, well-sculpted beard that made you feel bad because your beard is patchy and thin, and it’s quite not as well-trimmed as the one you just saw.

You can’t grow a beard at all, and seeing just about anyone with a beard reminds you of the fact that it’s something you can’t attain, and that makes you feel – well – envious.

The definition of beard envy is seeing someone with a greater beard than you have, or just seeing any beard – be it good or bad – when you yourself can’t grow one, to begin with.

I’m No Stranger to Beard Envy 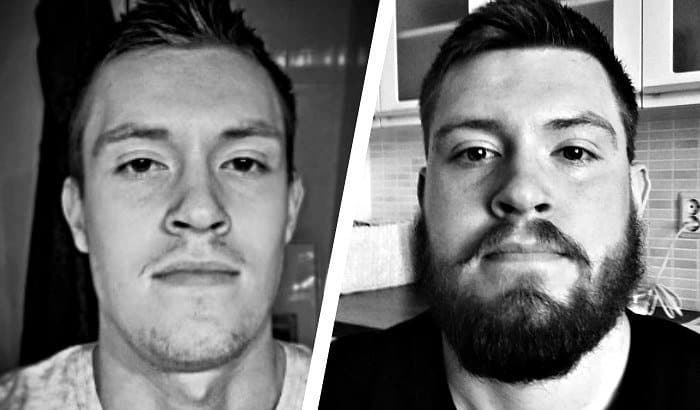 I understand beard envy all too well, after all, I used to suffer from it.

Desperately wanting a beard was probably one of the early catalyzing factors for starting this site.

When I was in my early 20’s (on the left). I had a little bit of coverage on my chin and mustache area, but the facial hair growth on my cheeks was close to being non-existent (I’m talking 20 hairs tops).

It didn’t help that my work was basically writing about male hormones; testosterone mostly, and how to optimize the levels naturally.

Even though I had successfully lifted my own levels to the top of reference ranges, the rate of my beard growth on the cheeks didn’t improve as much as I hoped it would.

This caused me to struggle internally with something called “the imposter syndrome“.

Here I was, telling to people with my 15-million+ page views (no joke) how to increase testosterone levels naturally, and still, I struggled with my patchy beard growth – one of the key things that testosterone itself helps to grow.

Why could some dudes with lower testosterone levels be blessed with incredible beards, whereas I who focused my entire career around optimizing testosterone production, still didn’t reap the hirsute rewards of having a majestic beard?

I was tightly in the grips of beard envy…

But to cut the long story short, I eventually figured out that the reason why I couldn’t grow a proper beard (I detail it all down in this article, basically it was lack of androgen receptor sensitivity and poor circulation to the cheek area).

After learning how to fill my own beard up, it didn’t take long for me to have a decent full beard with no patches or bald spots, and boy, this should really have cleared my beard envy for good.

Well, no. And I’ll explain why below…

How to Deal with Beard Envy 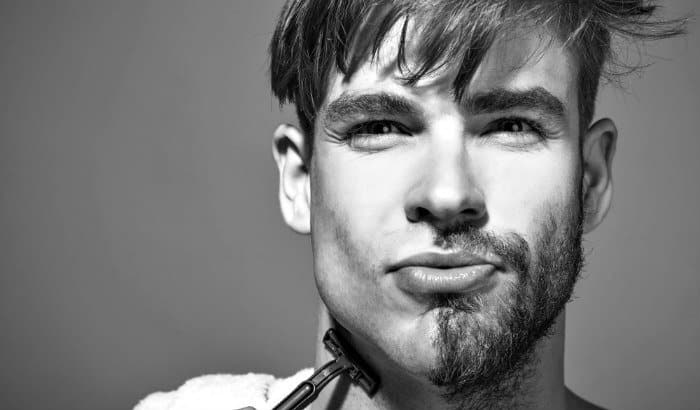 Typically, beard envy begins at a young age; perhaps you saw your favorite superhero with a beard and thought it would be you someday, with all bristled up face.

Then you hit puberty and realized that sometimes, a beard just doesn’t grow.

It doesn’t help that a lot of the bearded community acts like toxic manchildren when it comes to having a beard. You know the type of guys I’m talking about. It’s those dudes with the weird beard slogan shirts that make fun of everyone who can’t grow a beard.

So how can you get rid of beard envy then?

Well, you don’t. You learn to live with it and accept the facts. And eventually, it goes away…

Only to resurface in brief moments when you spot an amazing beard from a distance.

I was expecting my beard envy to vanish completely when I learned the tricks to optimizing facial hair growth and then acted on that information to actually grow a sick looking beard.

But the beard envy is still there.

If you can’t grow a beard right now and think that being able to grow one would change everything, then I’m sorry to say this but you are mistaken.

Being able to grow a beard may give you a bit more confidence, but you’ll get used to it and soon things are as they were before.

It may also make you look more attractive to some women, but on the flip side, it will make you look uglier to a bunch of women as well.

So at the end of the day, it’s all about this cliche; Learn to love yourself and stop comparing yourself to other people.