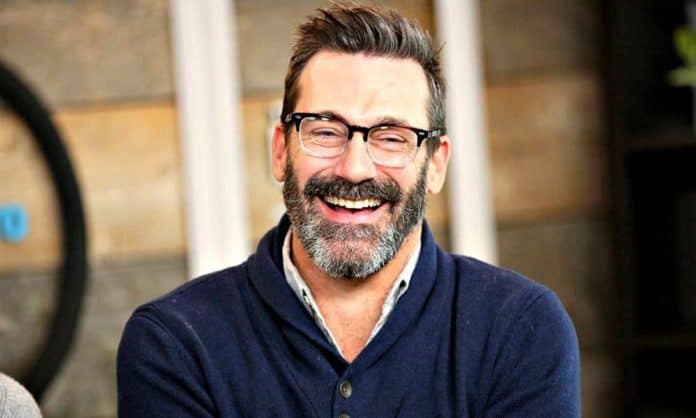 These fine facial haired gentlemen are currently rocking – or have at some point rocked – magnificent celebrity beards that after looking at them, are quick to make you wish you never shaved.

From Hugh Jackman to Tom Hanks, these actors are either bearded on an everyday basis or rarely appear with the facial fur before going back to their everyday clean-shaven personalities.

Regardless of their reasons, we present you; the top 20 beards of Hollywood 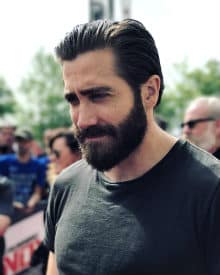 One thing is for certain; Jake Gyllenhaal is not afraid of extremes in his roles.

He started by growing a mean-looking mustache to support his sadistic role as Dr. Johnny Wilcox in the movie Okja.

Then continued by bulking up staggering amounts of lean mass (and a chunky beard) for his role in the boxing movie Southpaw.

Only to drop almost 20 lb back down before playing the lead role in the movie Nightcrawler.

As we have learned, most women are scientifically proven to dig bearded dudes, and by no coincidence, Jake Gyllenhaal has been selected as the Sexiest Actor in Hollywood for two consecutive years. 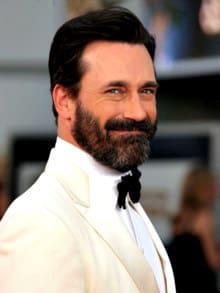 Jon Hamm is the familiar face of Don Draper from the hit series Mad Men.

Like many of the big celebrities in Hollywood, Hamm once arrived in LA with nothing more than a car and $150 to his name.

He lived in a house with 4 other looking-to-be actors and as ironic it is, began working as a waiter while running to various auditions around the city.

After 3-years of not finding any major roles, Hamm gave himself a deadline of five years, where he had to make it or break it.

One famous quote of him says:

“You either suck that up and find another agent, or you go home and say you gave it a shot, but that’s the end of that. The last thing I wanted to be out here was one of those actors who’s 45 years old, with a tenuous grasp of their own reality, and not really working much. So I gave myself five years. I said, if I can’t get it going by the time I’m 30, I’m in the wrong place. And as soon as I said that, it’s like I started working right away.” – Jon Hamm

Well, the rest is history. After landing a firefighter’s role in Providence, and playing a small part in Space Cowboys, Kissing Jessica Stein, We Were Soldiers, and a role in the Divison followed.

Hamm’s biggest breakthrough, however, has to be his role as Don Draper in AMC’s Mad Men.

Other than his great acting, Hamm sports one of the meanest looking celebrity beards in Hollywood. In fact, we at Beard Resource like to believe that he can easily crack the top 5 of bearded actors to be seen at red carpet events.

Viggo Mortensen is a Danish-American actor who has been in the game for quite a while.

Making his debut in 1985 in the movie Witness, Viggo acted on multiple big productions such as the Indian Runner, Crimson Tide, Daylight, G.I Jane, and 28 Days.

However, in 2000, he was cast to what was arguably his biggest and most remembered role as Aragorn in the Lord of the Rings.

Before in his career, Mortensen was usually seen with a clean-shaven look. When playing Aragorn however, his role included a pretty decent beard.

After the Lord of the Rings era, Mortensen was seen at another huge role as the desperate father in the movie The Road, trying to survive in a post-apocalyptic World with his small son. What made his impeccable acting feel even more real was his scraggly untamed beard.

In recent years, whenever Mortensen has made an appearance at the Oscars or any other red carpet event, he tends to sport a well kept, thick, and perfectly styled full-beard that we simply have to agree; is one of the best celebrity beards out there.

Paul Rudd is a familiar face from many of our favorite comedy movies.

His low-key sardonic humor paired with his sarcastic wit have made him a household name in delivering class-A content to living rooms across the World.

Whether you loved his performance in such great movies as The Role Models, Anchorman, The 40-Year Old Virgin, Knocked Up, This is 40, or many many others.

…However, in 2018 when the trailer for the new movie Ideal Home launched, the internet went nuts about his magnificent full beard that had just magically appeared on his face.

9 seasons and 8-years we got used to seeing John Krasinski around the office, pulling pranks on Dwight, clean-shaven and all that.

However, one day, a lot of people (women especially) went absolutely bananas when they realized that Jim Halpe… I mean John Krasinski, suddenly sported a thick, full-beard.

And we can’t blame them. Jim Halpe… John Krasinski’s beard is a great looking full beard style, which makes us wonder why he didn’t grow one sooner

(oh, that’s right, you can’t have beards in the office environment).

Anyhow, Krasinski finally unleashed the beard in a film called “A Quiet Place”, from which you can see a trailer below: